Screening of “The Reenactment” by Lucian Pintilie at the National Gallery od Art in Washington, DC – Alianta – Strengthening the Romanian American Alliance

Screening of “The Reenactment” by Lucian Pintilie at the National Gallery od Art in Washington, DC 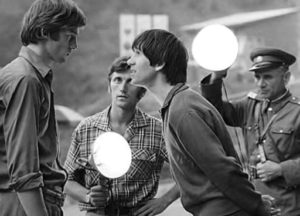 Lucian Pintilie’s ”The Reenactment (Reconstituirea)”, a classic Romanian movie from 1968, will be screened at the National Gallery of Art, on November 10 @ 4pm, in the West Building Lecture Hall, as a part of the film program “Welcome to Absurdistan: Eastern European Cinema 1950 to 1989”. The screening is part of a series of films from seven Central and Eastern European countries, to celebrate the 30th anniversary of the 1989 revolutions that overthrew their communist regimes. Also, the screening honors the passing of director Lucian Pintilie last year.
“This program marks the thirtieth anniversary of the liberation of the former “people’s republics” from their previously socialist and Soviet-dominated regimes, a shared sensibility of the absurd uniting these diverse nations as well as their films” (National Gallery of Art)

”The Reenactment (Reconstituirea)” was banned from Romanian cinemas in 1969 by the communist regime, a ban which lasted until the communism fall in 1989.