“Come and listen to a Transylvanian Rock experience born on the streets of Chicago! Experience a different musical perspective about life through the eyes of a faraway mysterious land overlooking Carpathian Mountains of Romania, where legend, mystery and reality are often found to be part of a daily routine.  The new album, called “Paine si Sare ( Bread and Salt)”, touches on several subjects related to the shared experience in between seemingly different worlds, such as love, family, awareness of reality and tradition,” announce the organisers. 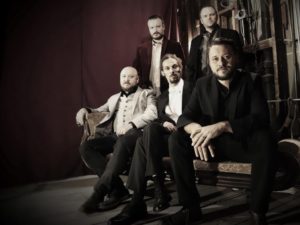 Also on stage will be present the Moldovan Jazz vocalist Ana Everling, and ODE – an indie rock band that specializes in combining elements of Balkan folk music with hints of dark Americana and World Punk.  Ode is Davor Palos on vocals, Robert Palos on guitar, Nikola Dokic on guitar, Elliot Taggart on bass, Daniel Crane on drums and special guest Horatiu Ormindeanu on violin.

The concert is Saturday, November 2, 2019 at the Irish American Heritage Center’s Mayfair Theater at 4626 North Knox Avenue, Chicago. Free Parking on site! Tickets are $30 for adults and children 12 and under are $15. Purchase your tickets online and get $5 off of the new CD, when you purchase at the concert.