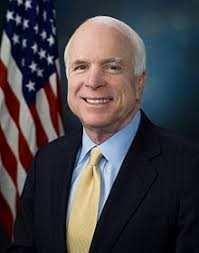 Alianta board and members recognize the contributions by Sen. John McCain to the betterment of U.S.-Romania relations on security and economic issues. A hero of the Vietnam War and self-styled ‘Maverick’ of American politics for decades, McCain passed away aged 81 on August 25, after fighting brain cancer for about a year.  “He was a strong advocate for NATO expansion for Romania and neighboring countries, as well as the inclusion of much of Eastern Europe into Western security and economic frameworks,” said former Ambassador Jim Rosapepe (ret.), Chair of Alianta.

“He visited Romania and the area frequently, to meet people face-to-face, which was very helpful as we strengthened our relations,” added former Ambassador Mark Gitenstein (ret.), co-founder of Alianta. 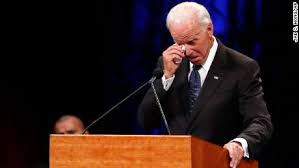 t. Giving hate no safe harbor, leaving no one behind. And understanding that as Americans we are a part of something much bigger than ourselves.”  Biden is one of the Honorees at this year’s Alianta Gala.

According to a message sent by the Romanian Ministry of External Affairs, “”The most profound condolences to the family of Senator John McCain. He was a constant friend of Romania and supported its role in promoting stability, security and democratic principles observance. His heritage of moral courage and commitment to democracy remain a landmark.” 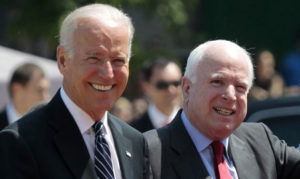 Just a few weeks prior to his death, McCain, along with U.S. Sen. Democratic Sen. Chris Murphy sent a letter to the government urging the East European nation not to backtrack on fighting corruption.  The senators urged the government “not to retreat in the important fight against corruption.”  The letter said recent judicial reforms and proposed legislation to decriminalize certain corruption offenses “raises troubling questions,” about the government’s commitment to “hold high-level officials accountable.”