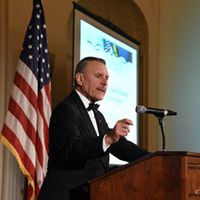 The U.S. Senate confirmed the nomination of John Rakolta Jr. on Tuesday to become President Donald Trump’s ambassador to the United Arab Emirates.

Rakolta, of Bloomfield Hills, is a prominent Republican fundraiser and heads up Detroit-based Walbridge Aldinger, a construction company that builds factories and other large-scale projects around the world.

He is also a prominent member and previous business honoree of Alianta.

He was confirmed on a vote of 63-30 with seven senators not voting Tuesday afternoon. Michigan’s two senators — Debbie Stabenow and Gary Peters, both Democrats — voted for Rakolta’s confirmation.

He takes over at a time of unrest in the Middle East. The UAE and another U.S. ally, Saudi Arabia, have worked closely together, including battling Iranian-backed rebels in Yemen, but the sides have shown signs of splitting recently over some strategy and tactics.