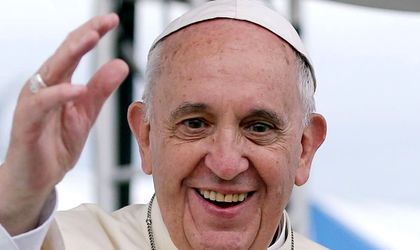 Pope Francis is coming to Romania from May 31 until June 2. The visit is considered a once in a lifetime opportunity and is called “Let’s walk together”, according to Vatican News.

During his visit in Romania, Pope Francis will stop at six destinations. The trip will include visits to the Romanian Orthodox and Roman Catholic cathedrals, celebration of a Latin-rite Mass and an Eastern-rite Divine Liturgy, as well as separate meetings with political leaders, young people and families as well as members of the Roma community.

Pope Francis will visit capital city Bucharest as well as the cities of Bacau, Iasi, Sibiu, Blaj and the Marian shrine in Sumuleu Ciuc, an important place of pilgrimage for Hungarian Catholics.

He will also beatify seven bishop-martyrs of the Eastern-rite Romanian Catholic Church, who died during a fierce anti-religious campaign waged under the communist regime.

The story behind the visit of Pope Francis in Romania

Romanian president Klaus Iohannis first invited the Pontiff to Romania in 2015, on the 25th anniversary of the re-establishment of diplomatic ties between Romania and the Vatican, and reconfirmed the invitation in a letter in 2017, according to Transylvania Now.

Pope Francis will arrive in Bucharest shortly before noon on May 31, and have a meeting with state and church officials to celebrate a Mass at the St Joseph Roman Catholic church in the Romanian capital.

On June 1, he will celebrate another mass at the Catholic pilgrimage site of Csíksomlyó/Sumuleu Ciuc after which he will visit the Queen Mary cathedral in Iasi, followed by a meeting with youth and families at the local Palace of Culture.

On June 2, he will take part in the official beatification of seven Greek-Catholic martyred bishops in Balázsfalva/Blaj, followed by a meeting with members of the local Roma community. He will leave Romania from the Szeben/Sibiu airport.

Pope Francis in Romania: full schedule for the visit