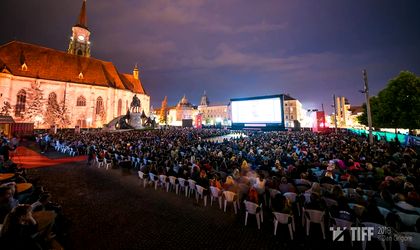 For those of you who are passionate about the Romanian cinema, you probably have noticed that
the most anticipated Romanian premieres of the year will be presented in the 17th edition of the
Transilvania International Film Festival (TIFF), which I might say it’s a premiere. It’s the first time in the past few years when the new Romanian movies were not on silver screen up until June.

This year’s Romanian Days includes 35 titles: 13 features and 22 shorts, some of which are world premieres, while others are recipients of major festival awards. Thirty of these titles are competing for the Romanian Film Days awards. Two films included in the international competition for the Transilvania Trophy will also be screened in the Romanian Days: Berlinale Golden Bear-winner Nu mă atinge-mă / Touch Me Not, Adina Pintilie’s feature debut, a shocking exploration of intimacy and the very human need for authentic contact told in a format that tests the boundaries between fiction, documentary, and art; and Andrei Crețulescu’s excellent debut Charleston, a pop cocktail spiced with black humor and melodrama which premiered in the official competition at Locarno. 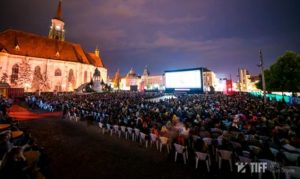