Musicians, inventors, information technology specialists and even famous bloggers, young Romanians with brilliant minds have impressed a whole world. Leaving a country with many social, economic, political or educational problems, they somehow managed to overcome the unfavorable conditions in today’s Romania and to be recognized and appreciated internationally for their talents. 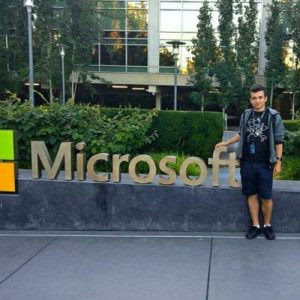 He graduated Ştefan Procopiu High School from Vaslui in 2014, with ten grades in mathematics and computer science. He has won several medals at school competitions and olympiads, being admitted to the Faculty of Mathematics at Bucharest University. He has begun to be offered by several software companies since the first year of college. He intends at some point to open his own company.

Pianist, composer, conductor, producer and programmer, Ciprian Costin is part of the oollywood musical elites. At just 28 years of age he launched a concept as original as spectacular, “The Masterpiece Experience,” an orchestral music show combining art and technology. The audience gave them the opportunity to listen to live music from famous movies, as well as the compositions of famous Los Angeles filmmakers. In his project, he included music from movies like “Gladiator,” “Tree of Life,” and others…