A 15-member team of specialists of the Romanian Defense Ministry (MAPN) is set to leave for the United States on Monday, May 25, in a mission to support the authorities in the state of Alabama in tackling the Covid-19 pandemic, according to Romanian Insider. As part of the mission, they will also get informed about how the U.S. is applying methods to combat the coronavirus pandemic, according to a press release of the MAPN. The team consists of five doctors, five nurses, and five CBRN (chemical, biological, radiology, and nuclear) military specialists. For approximately two weeks, they will offer support to their U.S. counterparts in several medical facilities in the state of Alabama. Romanian prime minister Ludovic Orban, defense minister Nicolae Ciucă, and U.S. ambassador to Romania Adrian Zuckerman were present on Monday, May 25 at Air Base 90, where the departure ceremony was held. Speaking at the ceremony, PM Orban said “the United States and Romania have a solid strategic partnership that generates shared actions in all areas.” Source: Romanian Insider Photo: Gov.ro 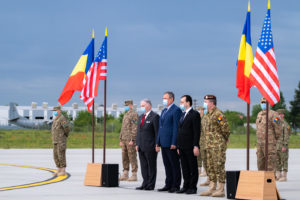 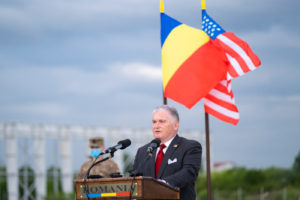 US Ambassador to Romania Adrian Zuckerman 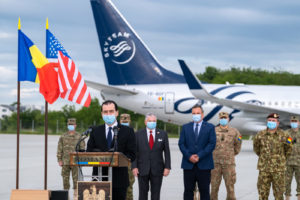 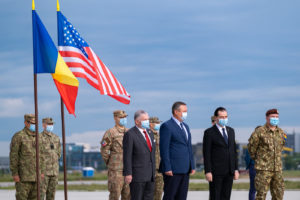