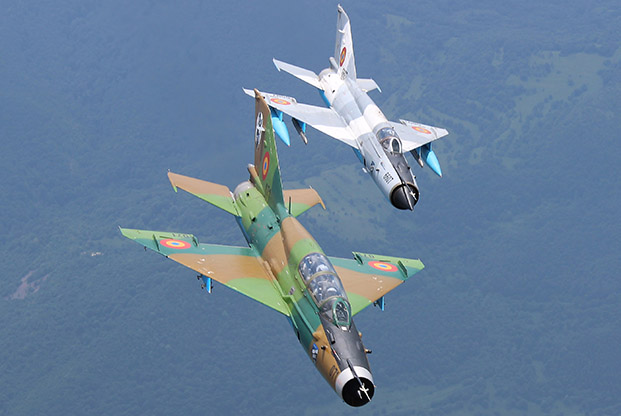 One small base here in the rolling hills of Transylvania is hosting both a Theater Security Package of F-16s training with Romanian allies and a new, unheralded operational surveillance presence to keep watch over the region. The build up at Romanian Air Base 71 is part of the Pentagon’s European Deterrence Initiative to stand up to a resurgent Russia. F-16s have long deployed to Eastern Bloc countries to trade knowledge and practice joint tactics with local air forces. What’s new is persistent ISR in the region. Just a few hundred feet from where a dozen F-16s from Texas were based this summer, a Reaper control unit—including a few bright blue shipping containers used as offices and ground control stations, as well as radars—was set up next to a hangar. They were there to manage the small­—but classified—number of MQ-9s deployed here.

The Air Force started Reaper operations in Poland in May with the 52nd Expeditionary Operations Group Det. 2, at Miroslawiec AB, Poland. The unarmed, remotely piloted aircraft are owned and flown by contractors. By early July, USAF shifted the Reapers south to the Romanian base to watch a different part of Eastern Europe. Officially, the move was prompted by runway construction at the Polish base, but now USAF and NATO have far better overwatch capability in the Balkans and Black Sea region. The capability is essential as Russia continues incursions into Ukraine and the Donbass regions, moves that make Eastern European nations uneasy.

Endurance is the “key factor” in choosing the MQ-9 for this work, Lt. Col. Clayton Sanders, commander of the detachment, said in a June interview at the Polish base. The fact that the MQ-9s are contractor-owned and few in number “allows us to have the agility to move” if necessary, he said.

The detachment reached initial operational capability at Miroslawiec on March 1. While the unarmed Reapers are contractor-owned and flown—the aircraft themselves have Federal Aviation Administration-required N registration numbers painted on the fuselage—the operation is overseen by US Air Forces in Europe.

A contractor-owned MQ-9 with the 52nd Expeditionary Operations Group Det. 2 taxis after landing at Miroslawiec AB, Poland. In July, the Air Force moved its small detachment of Reapers from the Polish base to Romania.
Photo: Brian Everstine/staff
In Poland, the Reaper detachment worked out of a dozen mobile containers next to a modern NATO-built hangar and a Block 30 ground control station, fenced off from the rest of the base. A skeleton crew of USAF personnel—commanders, communications, security forces, intelligence, etc.—added to the detachment and its Block 5 Reapers.

“It’s a small presence, but a big enough presence that it assures our Polish partners and our Baltic partners of that postured and ready force,” Sanders said shortly before the Reaper deployment to Romania.

Gen. Tod D. Wolters, NATO Supreme Allied Commander and commander of US European Command—and previously USAFE commander—told Air Force Magazine in March that having Reapers in the region allows USAF “to improve our understanding of the battle space in the vicinity of Poland plus the Baltics. That’s the whole purpose, to improve our indications and warnings so that if tasked, we can respond quicker than we ever have in the past, and the MQ-9 addition will do exactly that.”

The Pentagon’s European Deterrence Initiative provides about $40 million to fund the MQ-9 detachment, which brought new life to a Polish base where the only permanent presence was small hand-launched drones. Poland is now planning extensive renovations, which will include upgrades to the base’s tower and maintenance facilities, in addition to an enhanced flight line.

“There’s no better way to integrate and operate with your allies and partners than actually being there,” said Lt. Gen. Steven L. Basham, deputy commander of US Air Forces in Europe-Air Forces Africa, in a June interview. “It’s always important to understand that while we might have a certain way of operating, if you go out and see a different way of doing things from your partners, we actually gain knowledge from that.”

Poland has been a “very stable ally and partner” that provides a “very strategic location” from which USAF can fly the Reapers, Basham said. This presence gives the Air Force the ability to “understand the environment you’re operating in,” as well as having forces in place to spin up quickly if needed.

While day-to-day operations are handled by contractors, the Air Force brings in its own MQ-9 operators for training exercises with allies or other US military units in the region, Sanders said. Their presence in Poland and Romania provides MQ-9 operators practice in a very different environment from the desert landscapes they’ve operated in for most of the past 20 years.

“There’s a lot of different considerations that we have to take into account for launch, recovery, and even airspace-wise,” Sanders said. The daily Reaper operations give the US the ability to watch for “any adversarial threat in the region,” Sanders said. “The ISR provides that key foundation for us and our NATO partners and allies in the region, we maintain those ready and postured forces. It gives us that force protection data we need.”

Seeing American Vipers flying alongside Romanian MiG-21s remains a curious sight, nearly 30 years after the dissolution of the Warsaw Pact.

Two F-16Cs (l) from the 457th Expeditionary Fighter Squadron, NAS JRB Fort Worth, Texas, fly with two Romanian Air Force MiGs. In central Romania, Transylvania—known by most in the West as the home of Dracula—hosts the integrated training effort as part of the Pentagon’s European Deterrence Initiative.
Photo: Brian Everstine/staff
About 300 airmen and 12 aircraft from the 457th Fighter Squadron at NAS JRB Fort Worth, Texas, deployed to Romania in late spring.

Throughout the summer, US pilots flew alongside the MiGs in local airspace, trained with Italian Air Force Eurofighter Typhoons—deployed to another Romanian base—and conducted local training, demonstrations, and flyovers in the region.

On Romania’s Flag Day, Vipers from the 457th Expeditionary Fighter Squadron and MiG-21s from Romanian Air Force Base 71 flew in a fighting wing formation, taking turns breaking behind the Romanian C-27J.

The F-16s had mostly been flying local training on their own and had just started integrating with Romanian MiG-21s and pilots who by now are well-versed in American fighter tactics.

Since TSP deployments in Europe began in 2015, USAF aircraft have made frequent visits to the Romanian base; so much so that the base’s commander said some US units have become “brothers” for his MiG-21 pilots.

“It’s just cool to look out on the wing and either see a Typhoon piloted by an Italian or a MiG piloted by a Romanian,” said Capt. Andrew See, an F-16 pilot with the 457th FS. “We kind of all look the same at a certain point, we’re just out there doing our job.”

With the MiGs, the F-16s have focused on dissimilar air combat training, or DACT. Sometimes two F-16s go hunting for a MiG, trying to get the quickest simulated kill, said Lt. Col. Paul Batish, commander of the 457th. Other times, the F-16 has been the bad guy for MiGs to hunt.

Romanian Air Force Col. Marius Oatu, commander of the 71st Air Base, has flown with USAF aircraft at the base for about 10 years now. Oatu, himself a graduate of USAF’s Air War College, said this training is a “great opportunity” to practice their own tactics, but also to get to know an ally that has grown very important to Romania.

“It’s not only beating the F-15s or the F-16s, it’s about training together and trying to be ready to fly together against our enemy, our adversary, whoever this might be,” he said. “If it will be to go to war with the American allies, with American pilots, I’m sure that there will be no problems in any phase of the war—organizing, planning, executing.”

The TSP has given the US airmen an up-close view of a new NATO ally’s tactics, “so it allows our guys to understand what sort of potential contingencies you might have to deal with,” Batish said. Instead of only flying alongside US pilots, using established US tactics from the same manual, “now we’re having to use more broad NATO tactics and NATO standards. It … gives them info for their bag of tricks in the future.”

The deployed airmen are mostly Reserve members, with a mix of Active Duty from the Total Force Integration unit at Fort Worth. For some, it’s their first deployment, while for others who have been in the unit for decades, it’s old hat. The maintainers planned long in advance for the deployment, bringing everything they need with them to maintain a high mission capable rate, said Capt. Matthew Poe, the squadron’s maintenance officer in charge.

Campia Turzii is a “bare base” with some hangar space, but not much more maintenance infrastructure that can be used for F-16s. Despite a couple of “curveballs,” the maintainers have been able to register a high success rate for the almost daily flight operations, Poe said.

“This is what we do, and our guys are excited to be here,” Poe stated. “They’re excited to showcase their abilities and make sure that we’re getting all the mission sets accomplished, and we’ve been executing that quite well. We’ve maintained a 99 percent success rate on all the missions that have been planned.”

While pilots with different nationalities have developed camaraderie, there’s not as much direct interaction between Romanian and US maintainers because their aircraft are so different. However, there are times when they help each other out. For example, early in the deployment a Romanian MiG had a stripped bolt that their maintainers had trouble with, so they reached out to the Americans, who walked them through their processes of fixing it, Poe said. Additionally, civil engineers deployed with the squadron have helped the Romanians repair parts of their flight line with quick-mix concrete, Batish said.

Day to day, the long-established TSP presence in Romania has meant that regular operations are “very smooth, not that much different than at home integrating with another service,” said Lt. Col. Dave Snodgrass, the director of operations for the 457th EFS.

Unlike at-home training, it’s a Soviet-designed aircraft instead of another USAF airframe. The Romanian aircrews proudly show off their jets, quick to point out that their MiG-21s—the most widely produced fighter jet in the world, dating to the 1950s—have been upgraded in Israel and are flying with modern avionics, with the designation “LanceR.”

Romania first began flying the MiG-21 in 1962, but Russia stopped offering spares in the early 1990s. Other nations stepped up to modernize the jets.

While the base in Campia Turzii plans to eventually shift to F-16s—which Romania flies at other locations—that shift is still far off, and the MiGs will remain a mainstay in Transylvania.

The F-16s and Romanian MiGs, now accompanied by operational MQ-9s providing intelligence, surveillance, and reconnaissance, provide a strong message to both local allies and Russia in the region.

The US presence shows “nobody will ever consider violating the sovereign skies, lands, and seas of NATO countries in the region,” according to Wolters. 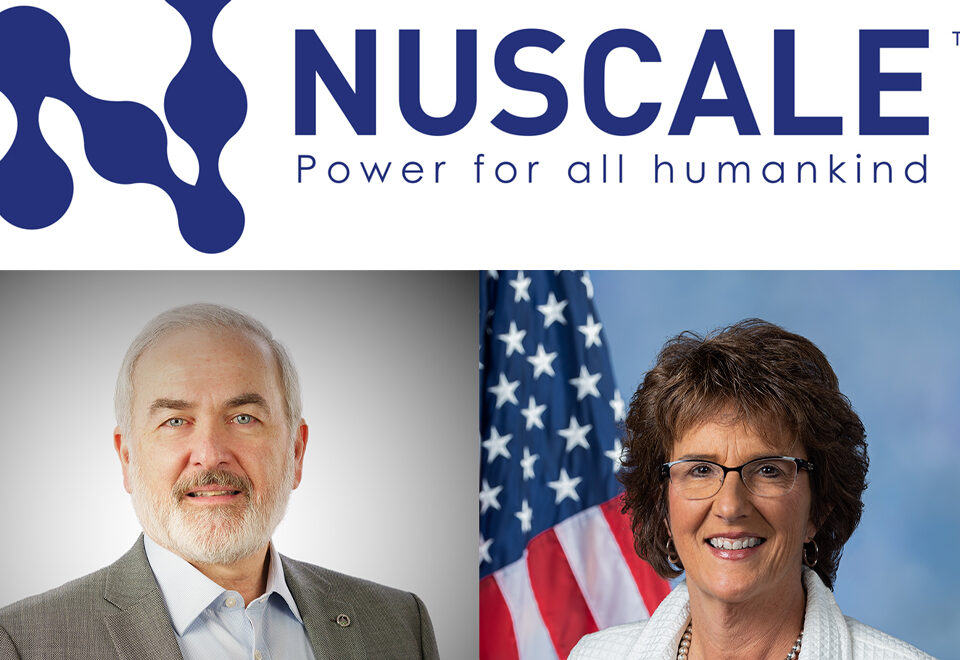 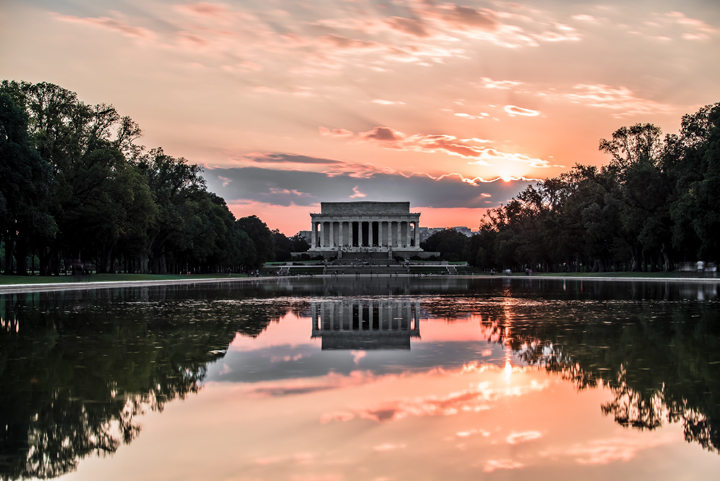 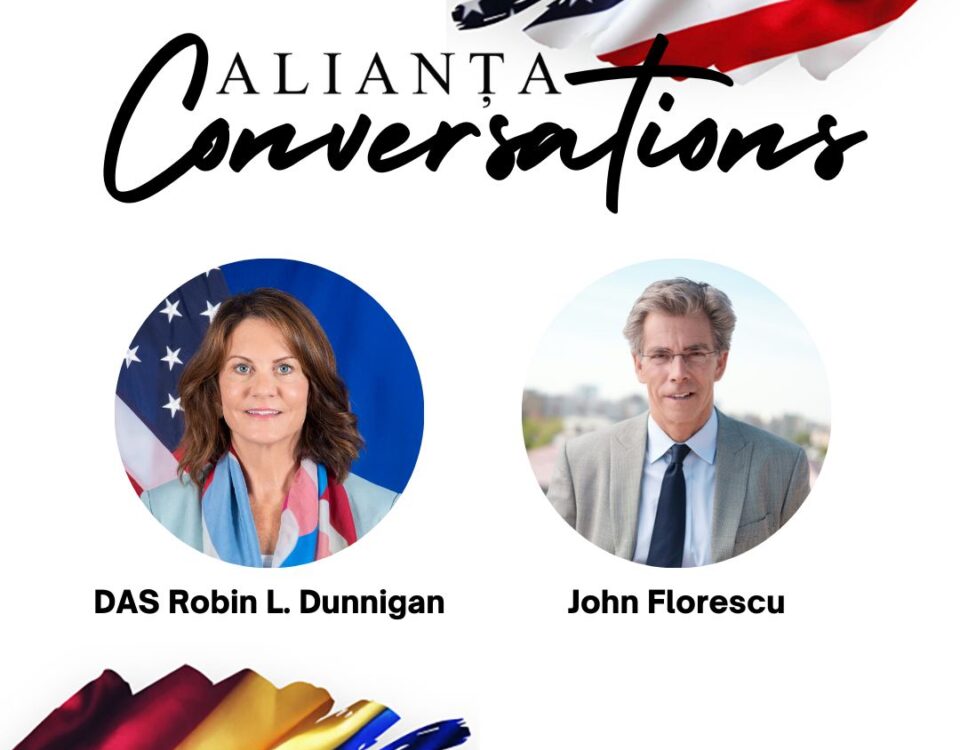